Are you a late bloomer?

You’re well into your career, you haven’t won any awards that anyone cares about, your salary is woefully behind where you thought it would be at this point in your career not to mention – at this age. 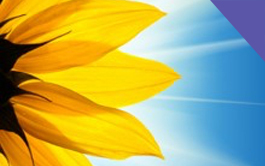 Your title is the most creative part of your job, which by the way, is at some no-one-has-heard-of-it agency whose biggest account is a ball bearing manufacturer.

Where? You’d rather not say. Think you’re too old to fix it? Convinced you’ve blown your one big chance at a great life and a great career? Figure there is no way out of this?

Wrong on all counts.

This industry makes a big deal out of the wunderkind who wins 5 Cannes Gold Lions their first year in advertising, makes the title of ECD before they turn 30 and is Global Creative Director long before they are in denial about reading glasses.

Just because you aren’t one of those aforementioned golden people doesn’t mean a thing.

You might be a Late Bloomer. You might even be a Normal Bloomer. Someone who is blooming right on time. Maybe your career is normal, and those people we just spoke of, are in fact, Premature Bloomers.

Premature Bloomers. Those that oftentimes peak early and fizzle off into oblivion, lured into danger paying crappy jobs by unscrupulous headhunters, impatient spouses, and an underlying belief that there is only one iron, it’s only ever hot once, and it’s now or never.

Late Bloomer, your time is now.

Now go out and find the other three. And stop telling yourself it’s too late. It’s never too late for you.

You’re a Late Bloomer.
Everything about the current state of your career is fixable.
Not overnight.

At the precise moment when you decide it is.

What it requires, is a willingness to let go of everything you currently believe about your life and your job to be true; an understanding that all your current constructs can be changed to suit the circumstances you’d like to create; nothing is inflexible (except maybe you *wink*), and most importantly, you can do it.

Now that we’ve fixed your mindset, grab a sheet of paper.

You are on the road again. The road to creating the career you really want. The one that until moments ago you believed you’d never have.

That’s all it took.

Your next step is writing the plan. The series of steps you need to take and in what order to get from here to that dream job you’ve finally admitted to yourself that you really still want.

In case you’re thinking your Late Bloomerness might put you at a disadvantage, let me reassure, the contrary is true!

But the best part of being a Late Bloomer? That smile. The smile on the other side of the one you’re wearing now. The smile that comes with deciding you can, and then doing it.

The awards, the title, the money and the adulation?

But really, just a side effect.

P.S. To all your gardening nerds out there, notice how I chose a Sunflower, one of the latest blooming flowers in an Eastern Seaboard Summer? Ya, thought you’d like that.

HEIDI CONSULTS is a career consultancy that helps creative people achieve the career of their dreams. To find out more, click here.