Benjamin is an award winning creative director based in New York City.

Throughout his career Benjamin has worked at advertising agencies in both Canada and the US, ranging from small independent shops to large multinationals to running his own company.

He rose through the ranks at TBWA/Chiat/Day, managing the creative department across all agency clients. TBWA/Chiat/Day became one of the most awarded agencies in Canada, ranking him 5th most awarded Creative Director by Strategy Magazine.

More recently, his work for Verizon and Ad Council won numerous awards at The One Show, SXSW Interactive Awards, Communication Arts, ADC Awards and Effies. Thanks in part to this recognition, McCann was honored Agency Of The Year at the Art Directors Club in 2013, and Ad Age's Top 10 Agencies To Watch in 2014.

During that time he co-wrote and directed his first film, The Greatest Action Movie Ever, part of an immersive social platform. The movie sold to Disney, premiered nationwide, and was a winner at the SXSW Interactive Awards.

Benjamin has been consistently recognized by every major award show, in practically every category: from social, digital and mobile, to print, film and branded entertainment. 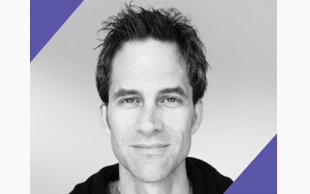