An internationally awarded creative with over a decade in the Toronto industry, Bhavik lives in the Windy City now, working at Leo Burnett on AllState, Firestone, Samsung, Purina and a few other accounts.

Prior to that, he’s worked with TAXI, OgilvyOne Worldwide, Zulu Alpha Kilo, J.Walter Thompson in Toronto where his work has been recognized both nationally and internationally at Cannes, One Show, Young Guns, Clios, Applied Arts and other shows.

Growing up in Mumbai, working in Toronto and now in Chicago, Bhavik feels fortunate not only to be able to create but also judge work with a global mindset. Something he feels is becoming relevant by the day, with ground breaking work crossing borders almost instantly.

Bhavik believes advertising has never been more exciting than it is right now. With technology and media continually redefining what’s possible. 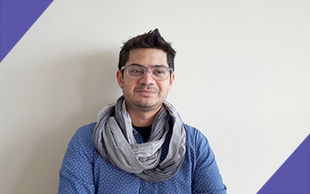