Cosmo grew up in the disturbingly idyllic city of Cape Town, South Africa. Upon graduating from art college, he began his ad career at a small boutique agency.

After a few years, he decided to travel and try his hand on the international ad scene. A short stint in London followed by a year in Dubai with Saatchi & Saatchi eventually led him to Vancouver where he joined Palmer Jarvis. During his time at PJ, Tribal and DDB, Cosmo has been fortunate to work with some of Canada’s greatest ad people, which has contributed to his work being recognized by all the major international and local award shows. Additionally he has been consistently ranked among the top creatives in Canada by Strategy Magazines Creative

Report Card. Cosmo recently moved to Toronto to take over the national creative leadership for all of DDB’s brands. When he’s not busy making ads, he can be found baking bread, painting or exploring small towns in Ontario with his wife and two children. 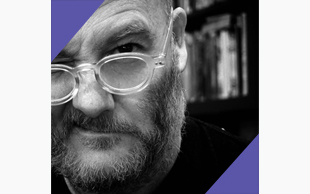