My road to advertising has been a particularly long one. In fact, it began in a canoe. At thirteen I did what most thirteen year-olds do and paddled from Thunder Bay to Winnipeg along the historic Voyageur Routes. Because hey, why should the Jesuits have all the fun? After climbing out of that canoe I was on to my next obsession – snowshoes. By sixteen I had snowshoed over 1,500 miles (if you’ve ever walked home in the slush with cold feet you’ll appreciate that’s a lot of miles.) But nobody says, “First you get the snowshoes, then you get the power.” So I needed a different approach.

I tried being a truck driver, a car jockey, a painter, a carpenter, a landscaper and selling hardware. All to no avail. I had to rethink my strategy so I started running half marathons, then 24-hour relay races, then 24 hour endurance mountain bike races. And that’s when it hit me. I’ll get married, start a family, have two kids and I’ll let them be my toughest critics in this crazy ad game. And you know what, it seems to have worked. So stop by some time and I’ll fry you up a lovely pan-seared tuna with a mango chutney sauce. 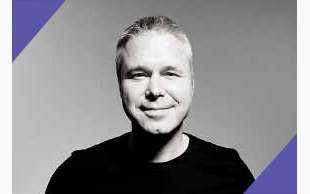