Greg Buri is from a little known town in a remote corner of northern British Columbia called Smithers. He’s now in a much bigger town in a remote corner of an office called David&Goliath Advertising. After working at Lowe Roche, TBWA, TAXI 2, BBDO and David&Goliath in Toronto, he left his down-filled parka for down-filled board shorts and made the jump to sunny Los Angeles. Since coming to Cali, Greg has produced work for Kia Motors, including a Super Bowl commercial and three campaigns with the Kia Hamsters—one of which amassed over 30 million YouTube views making it one of the most view automotive ads of all time. Greg is currently Creative Director on the California Lottery account. His work has been featured in the Addy’s, One Show, Cannes, Clios, and Communication Arts, among other industry award shows. 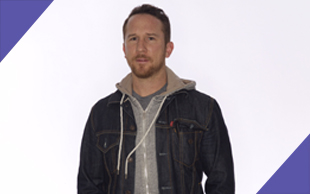