Jack got his professional start as a writer while still a teenager, and for the first six years plied his trade among the ink-stained galleys of daily newspapers and magazines in Calgary, Vancouver and Los Angeles. His beats were eclectic. Former U.S. President Gerald Ford once yelled at him in a lavatory. He ghost-wrote Arnold Schwarzenegger’s mail order bodybuilding courses.

He is widely recognized as one of Canada’s pre-eminent creative leaders with an impeccable record of building clients’ businesses and winning new business at the best agencies in Toronto and New York. As important, Jack is a proven motivator of creative talent and has hired and coached many of the top names in the industry.

His memoir of a misspent youth will soon be published. Check out his story at www.nearyfest.com 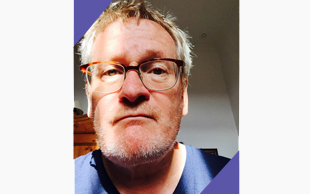