Perhaps the greatest testament to Matt’s aptitude at the fine art of persuasion is that he was accepted into two separate universities. First, the University of British Columbia, for a B.A. in English Literature. And despite that, someone let him into Dalhousie Law School. Rather than pursue that route, however, Matt took on advertising.

Throughout his career, Matt has been known for great writing, non-traditional thinking and most of all, contributing to the success of a number of agencies large and small, including creative powerhouses Leo Burnett and Red Urban. And a snapshot of some of his most celebrated clients would be Volkswagen, Tim Hortons, Visa, Kellogg's, GM and Cadbury.

Along the way, Matt’s work has won awards at all the major award shows at home and abroad. Most recently, multiple shortlists and a silver and bronze lion at Cannes, as well as golds and silvers at Canada’s Marketing Awards and the ADCCs, for VW.

Currently at J. Walter Thompson, Matt is focused on building upon the success of the Tim Hortons brand, and picking up a bit of hardware along the way. 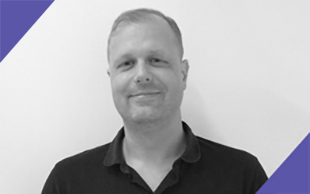