Steve Turnbull is an Associate Creative Director whose work has been recognized at Cannes and appears in the CA annual. After a career in Electrical Engineering in Scotland, he moved to Canada in 2002 and changed career to work in advertising.

After receiving a diploma in Graphic Design for Print and Web from Humber College in Toronto, he spent six years as an Art Director at JWT. During that time, he worked on a number of packaged-goods accounts including Nestle, Johnson & Johnson, Kellogg and Cadbury Adams, as well as spending three of those years on Tim Hortons, Canada's largest quick-service restaurant.

He moved to Publicis as Senior Art Director in 2011 to work on the Fiat Chrysler Automobiles (FCA) account, which includes the Jeep, Dodge and Ram brands. He was promoted to ACD in 2012. His work can be found at steventurnbull.com. 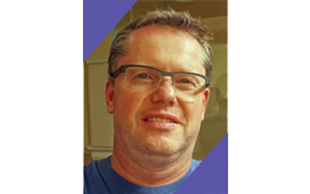