Join host and adman Terry O'Reilly for insightful (and often amusing) stories behind the most effective advertising of all time. It's a fascinating exploration of the intersection between persuasion and human nature. Click on the link below to find transcripts/photos/videos from every show. Stream episodes and subscribe to the weekly podcast:

iTunes named it Best New Podcast of 2011. (over 7.5 million downloads since then) New York Radio Festivals awarded it Grand Trophy as Best Radio Program in 2011 and again in 2012.

iTunes chose it as one of the Best Podcasts of 2015. 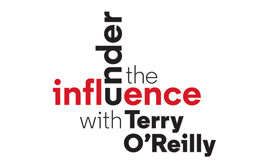