Grade 6 was a fabulous year for Thomas Neuspiel. Or was it grade five? I don't know for sure but somewhere near the tender age of twelve Thomas was given a drum set by his courageous mother. That same year he bought his first microphone, started a band with his twin brother, wired up the family phone so he could record crank phone calls and discovered sound on sound recording as a poor man's alternative to a multi track. Life bounced from one sonic adventure to the next. Radio programs, albums, music and sound for all manner of electronic media, countless radio and television ads and now he is the creative head of a very fine sound and music production company in Toronto, Canada that serves clients around the world. The most amazing thing is that he says that he still learns every time he steps into the studio and still gets a rush every time the record button turns red. 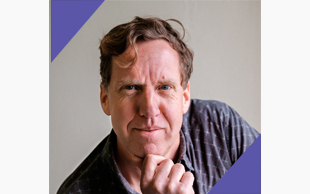